The backstory of Outcast is very intriguing and explains you what happens up unto the point where the game starts and you take on the role of Cutter Slade.

Based on the theory of “Superstrings”, professor William Kauffman mathematically proves the existence of an infinite number of parallel universes. The theory of “Superstrings” was developed in 1984 in an attempt to unify quantum mechanics and Einstein’s general relativity. A superstring is an elementary particle at the base of matter and energy. This theory predicts the existence of 6 dimensions in addition to our space-time. 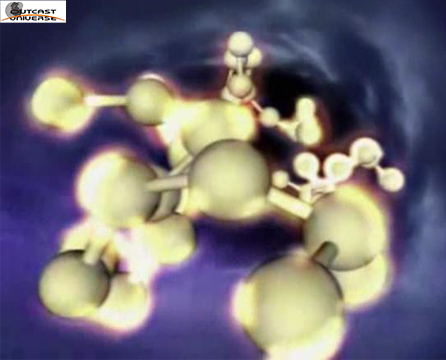 Professor Anthony Xue, director of quantum physics research for MIT meets William Kauffman and shows a lot of interest in his work. He actually believes it is possible to send particles into the closest parallel universe to our own.

Xue and Kauffman are offered the chance to work together by the US Government. They jump at the chance and begin the SideStep Project. Its mission: to send a probe into the nearest parallel universe.

The experiment on which the best theoretical minds have been working for so many years is finally to begin. The probe “Christobal” is installed on the emission pod. Kauffman, having been given the honor, starts the launch procedure. In a violent burst of energy the probe instantly disappears… Moments later, it begins to transmit back video from a parallel world! For 17 minutes, data flows back to the scientists, scrambling to make sense of it all. And to surpass even the highest expectations… proof of organic life beyond our planet! The transmission shows a strange humanoid creature approaching the probe. Suddenly, a hail of luminous projectiles coming out of what has to be a weapon being carried by the creature, hit the screen… The transmission stops…

A couple of moments later, the sense of euphoria transforms into despair as the launch pad area explodes violently and some kind of hole is formed that sucks up everything in its vicinity. Everybody runs for his life but those unfortunate enough to be too close just do not have the slightest chance… Even worse, the hole, being fed with such enormous amounts of matter and energy, grows at a considerable rate and it will be just a matter of time before it will become a threat to the entire planet. What could have been the finest hour for humanity has become the greatest nightmare of all times. 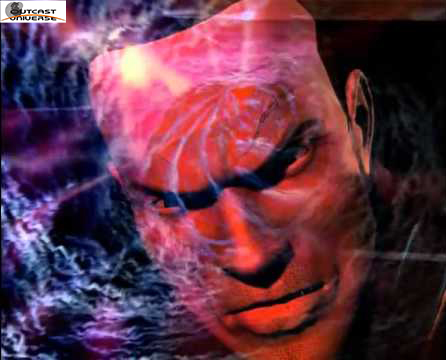 The governmental crisis unit, headed by the president of the United States of America, is immediately assembled. After some debate, it seems that the whole incident must be due to the malfunctioning of the probe caused by the weapon being fired by the creature. The only scenario having some chance of success to neutralize the menace seems to be the replacement of the damaged electronic circuitry on the probe.

The decision is made to send an intervention team to the probe in the parallel universe, as soon as the facility that served as a prototype for the one used at base P7 gets back on line… in just a matter of hours. 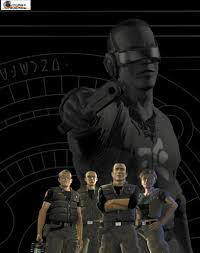 June 2003, Prototype facility.
In bursts of white flashes of light, the 4 members of the commando unit are catapulted into the parallel universe.

One thing is for sure… If they fail to accomplish their mission, there won’t be any earth to return to…